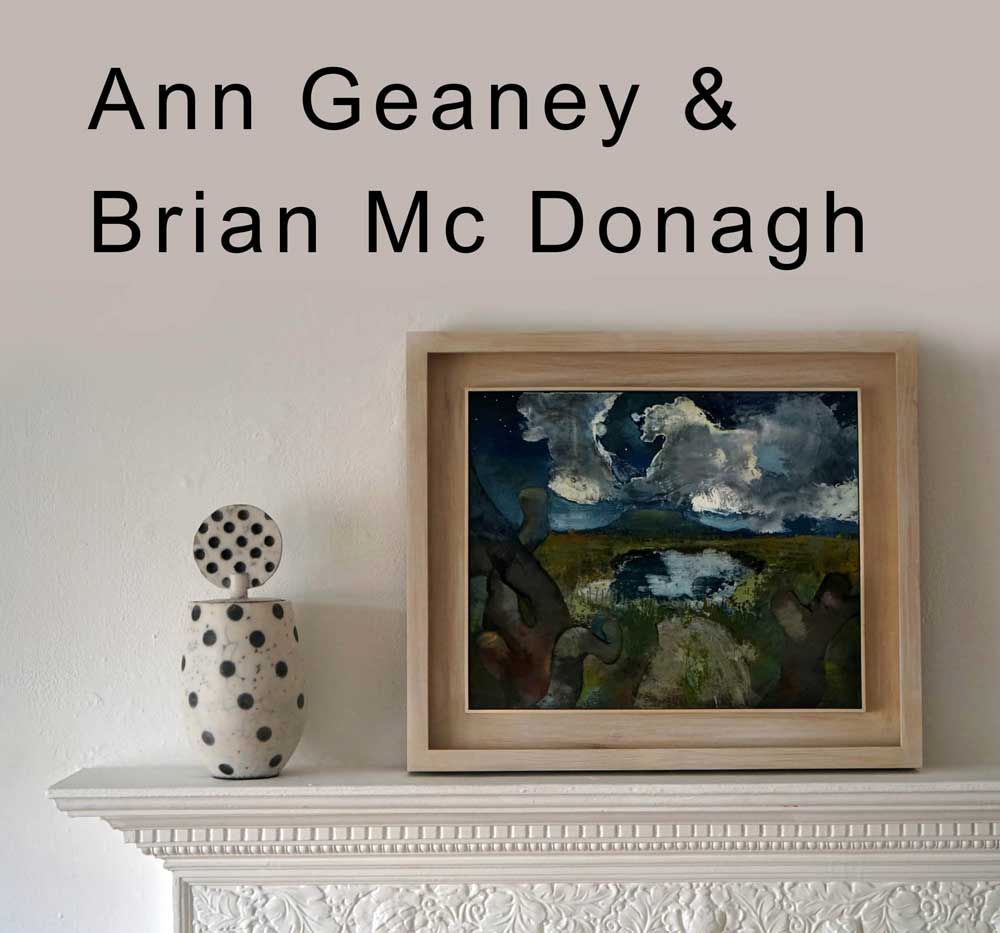 An Exhibition of work by Brian McDonagh and Ann Geaney opens on Thursday 12th September at 6:00 pm at The Hyde Bridge Gallery. The Exhibition will continue until Tuesday 1st October.

Brian’s new work, including large and small oil paintings, is concerned with the landscape of Sligo, in particular, the paths and walkways he uses to traverse the land.  Ann Geaney is a ceramicist and her recent work is also drawn from the coastline of Sligo, where the land and sea meet, as well as the traces left behind – pebbles and seaweed have informed her vessels.

Artist Statement – Ann Geaney
Whilst all the pieces in this show are vessels, the primary function of ‘holding something’ has been challenged – they are largely no longer functional – function being merely a trace of what has almost disappeared.
Influences are diverse – natural, organic forms are prevalent as are references to the shoreline, but this is counterbalanced by urban forms developed from geometric panels and textures redolent of architectural facades.

Made from clay, that most basic of materials, they begin life as thumb pots or simple slabs, before being coiled and shaped: transformed. Exploring the potential between form and surface, they are burnished using an agate stone; some pieces are then placed in a smoke firing, where metallic oxides and organic materials combine to produce surfaces of great depth and unpredictability.

Other pots have been fired using the raku process in which the colouring and surface marking are acquired as a result of removing them directly from the kiln into a reducing atmosphere.

All pieces are made in groups or as a series – how they are placed or seen creates a new context – creating new meaning, rather than referring to a notion of a lost function.