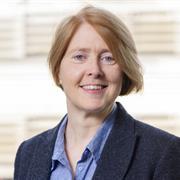 Lucy Collins is Associate Professor of Modern Poetry in the UCD School of English, Drama and Film. Educated at Trinity College Dublin and at Harvard University. She has a particular interest in work by women: her critical anthology, Poetry by Women in Ireland 1870–1970 (Liverpool UP, 2012) was followed by a monograph, Contemporary Irish Women Poets: Memory and Estrangement (2015). In addition to her work as an anthologist, she has published widely on modern poets from Ireland, Britain and America and currently serves as editor of the Irish University Review. She is co-founder of the Irish Poetry Reading Archive, a national digital repository, and academic lead on the “Poetry as Commemoration” project, in partnership with the Decade of Centenaries programme. 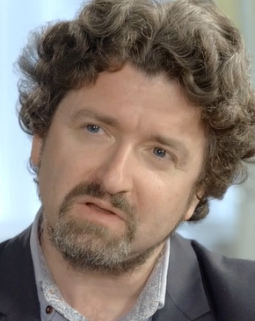 Charles I. Armstrong is a professor of English literature at the University of Agder, in Norway. He is currently a co-director of the Yeats Summer School and the president of the International Yeats Society. He is the author of three monographs, including Reframing Yeats: Genre, Allusion and History (Bloomsbury). Having previously co-edited five volumes of essays, he is currently working – together with Tom Walker and Adrian Paterson – on a volume entitled Yeats and the Arts with Edinburgh University Press.

Michael McAteer is Associate Professor of English at Pázmány Péter Catholic University, Budapest. He has published extensively on Yeats’s drama in European modernist contexts. His most recent book is Excess in Modern Irish Writing (Palgrave 2020). He guest edited a volume on Ireland and Central/Eastern Europe for the journal, Acta Universitatis Sapientiae, Philologica in 2020 and he is guest editor of an Irish Studies Special Collection for the journal of the Open Library of Humanities.

Jahan Ramazani
The University of Virginia

Jahan Ramazani is University Professor and Edgar F. Shannon Professor of English at the University of Virginia. His first book was Yeats and the Poetry of Death (1990). He has returned to Yeats in Poetry of Mourning (1994), The Hybrid Muse (2001), A Transnational Poetics (2009), Poetry and Its Others (2014), and Poetry in a Global Age (2020). A winner of the Harry Levin Prize and the Parker Prize, he has held a Rhodes Scholarship and NEH and Guggenheim Fellowships.

Emilie Morin is Professor of Modern Literature at the University of York. Her recent books include Beckett’s Political Imagination (Cambridge University Press, 2017) and Early Radio: An Anthology of European Texts and Translations (Edinburgh University Press, 2022). Her articles on Yeats have appeared in the Yeats Annual and the Historical Journal of Radio, Film and Television, and she has edited a special issue of International Yeats Studies on Yeats and mass communications with David Dwan.

Barry Sheils is Associate Professor of Twentieth and Twenty-First Century Literature at Durham University in the UK, where he is also a director of the Centre for Culture and Ecology. He has written the monograph W. B. Yeats and World Literature (2015) and co-edited volumes of essays, including Shame and Modern Writing (2018) and The Contemporary Problem of Style (2022). His next book is on the topic of modernist ecologies and the question of how we learn to care.

Adam Hanna is lecturer in Irish Literature in the English Department, UCC. He has written and edited books on space, place, and law in literature. His most recent book is Poetry, Politics and the Law in Modern Ireland (Syracuse University Press, 2022).

Róisín Kennedy is lecturer in the School of Art History and Cultural Policy at UCD. She is former Yeats Curator at the National Gallery of Ireland (2006-08) and of the State Collection at Dublin Castle (1998-99). She is co-editor and contributor to Harry Clarke and Artistic Visions of the New Irish State, (Irish Academic Press, 2018) and Censoring Art. Silencing the Artwork (I.B.Tauris, 2018). Her monograph, Art and the Nation State. The Reception of Modern Art in Ireland was published by Liverpool University Press in 2021.