“The Song of Wandering Aengus” captures the essence of Yeats’s early poetry.

Two further influences were the occult and the languorous world of the Celtic twilight poets of the 1890s.

Yeats saw himself as writing for Ireland and out of an Irish poetic tradition. However, his Ireland is the shadowy world of Celtic legend, rather than a contemporary reality.

Yeats’s middle period poetry can be read in the volumes from The Green Helmet (1910) to Michael Robartes and the Dancer (1921). Subject matter and attitude change. Love is dealt with in a more direct, questioning manner.

Yeats still writes about Ireland, but it has become a real Ireland aspects of which irritate or puzzle him by their complexity. He now writes about real events, such as the death of Robert Gregory; and real people (Lady Gregory) and real places (Coole Park). With these changes comes a noticeable change in style from the meditative rhythms of the earlier verse to the more muscular rhythms and tighter syntax of this middle period.

We can hear this new distinctive voice in the two poems, “No Second Troy” and “Easter 1916”.

The final phase of Yeats’s poetry begins with “The Tower” (1928). Yeats constructs himself as a very self-conscious bard in poems like “The Tower” and “Sailing to Byzantium”.

He publicly celebrates Ireland’s culture which he sees embodied in Coole Park and Lady Gregory and which for him become emblematic of a nostalgically remembered Anglo-Irish Ascendancy dispensation. He contemplates old age and its difficulties, and meditates on the function of art in life.

Yeats was also an Irish Senator, reflected in the poem, “Among School Children”, together with “Sailing to Byzantium”, can serve as exemplary verse from the last phase of Yeats’s poetry.

For Yeats2015 many well-known poets, actors, writers, musicians, academics, politicians and journalists helped to create an archive of poetry readings that was shared as a world-first celebration of Yeats’ poetry. Listen to the Poetry Readings

Poem of the Week

Many thanks to Charika Swanepoel for choosing these poems.

Charika Swanepoel is a South African Yeats scholar and Doctoral student at the English Department of the University of Turku in Finland. Her research interests include Modernism, religious syncretism, and secular philosophy. Some of her creative work has been published by Rattle, Glass Poetry, Literator, the T.S. Eliot Society of the UK and others. You can follow her on Twitter @CharikaSW or Instagram @charikaswanepoel.

February 14th      Aedh Wishes for the Cloths of Heaven

September 1st       Towards Break of Day 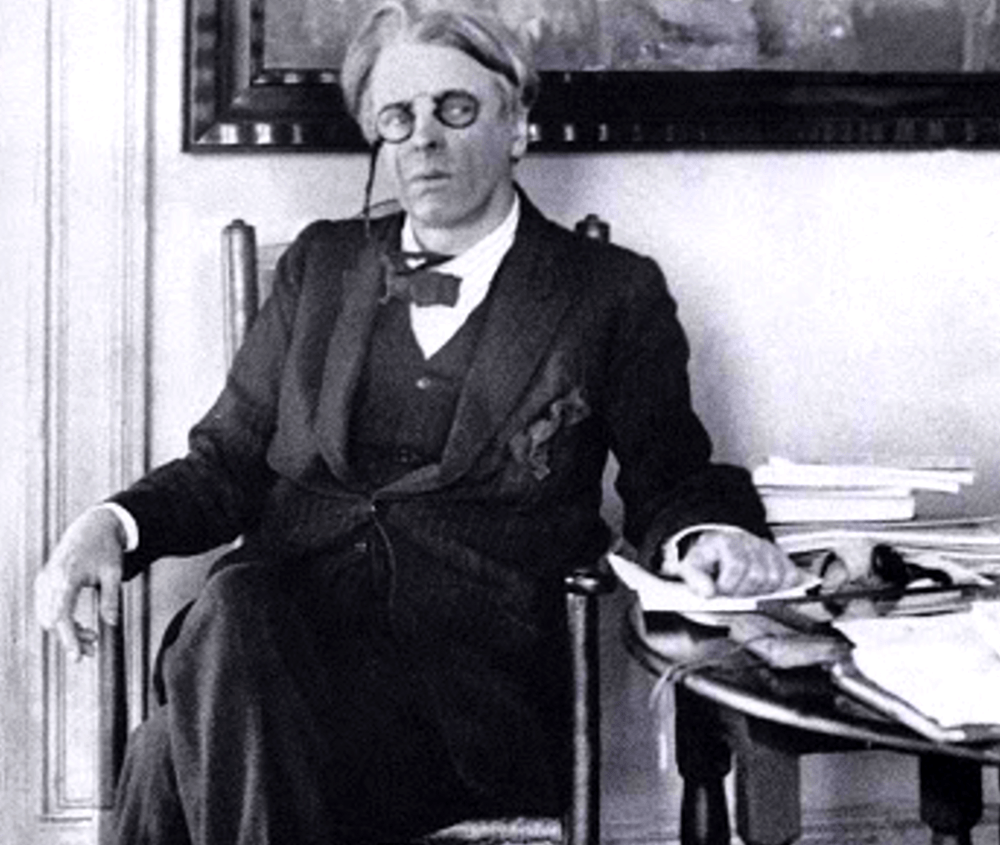