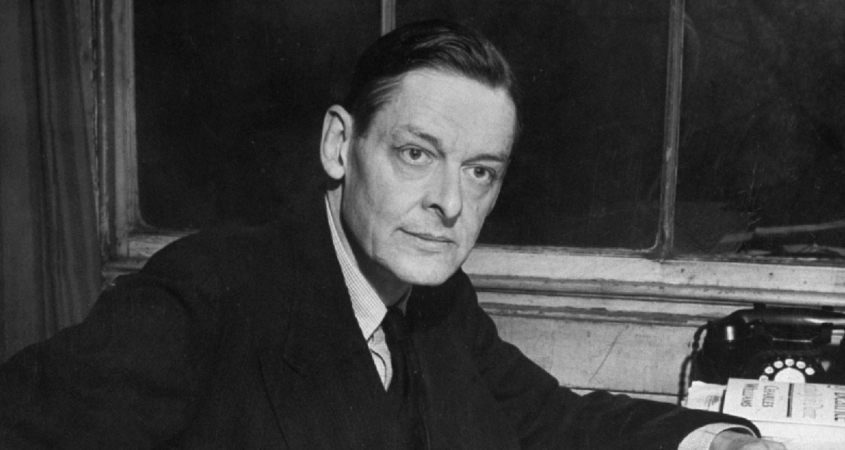 Yeats Society Sligo is delighted to announce generous funding from the London-based T.S. Eliot Foundation. The funding association will run for five years 2022-2027 and totals £125,000.

The T.S. Eliot Foundation celebrates the life and work of T.S. Eliot, the American poet, who became a British citizen and spent most of his life in London. Eliot and Yeats were associates, whose lives criss-crossed in poetry and plays and both were significant in the growth of modernist poetry in the 20th century.

Eliot was a prolific poet and playwright. His best-known works include “Four Quartets” and “The Waste Land” and his lighter poetry collection Old Possum’s Book of Practical Cats. His work as publisher with Faber and Faber ensured that it published many distinguished poets, a tradition that has endured. Eliot was awarded the Nobel Prize for Literature in 1948.

T.S. Eliot was invited to deliver the first annual Yeats Lecture at the Abbey Theatre – set up in June 1940 – one year after the death of WB Yeats in the south of France. In this he discussed the influence of Yeats on poetry and on his own work and said: “the influence of which I speak is due to the figure of the poet himself, to the integrity of his passion for his art and his craft which provided such an impulse for his extraordinary development.”

Chair of Yeats Society Sligo Chris Gonley said: “We express our gratitude to the T.S. Eliot Foundation for their generous support at this time, allowing us to continue to pursue our work. We are delighted to form this association with the Foundation and to acknowledge the work they do in keeping alive the work of T.S. Eliot and in supporting many literary and cultural organisations.” Trustee of the TS Eliot Estate Clare Reihill said: The T S Eliot Foundation is delighted to support the further understanding of the work of this continuingly vital poet.’

Urgent appeal to save Yeats Society Sligo
Scroll to top