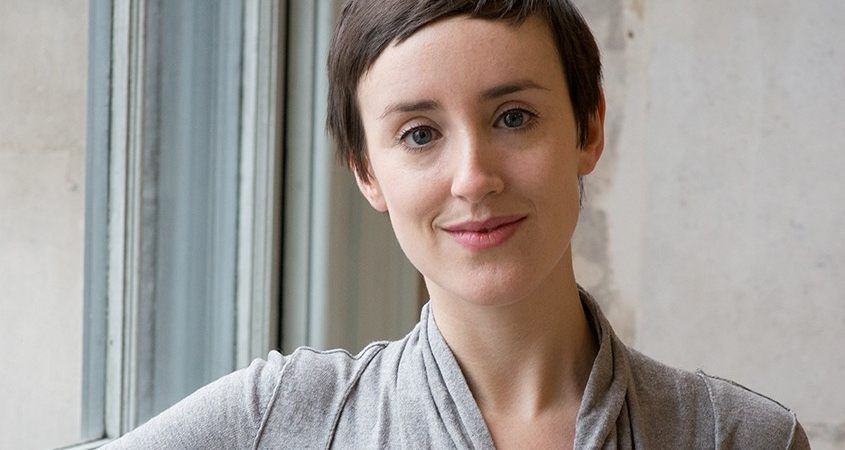 Jessica Traynor has been appointed as the new Yeats Society Sligo’s poet in residence. She takes over the role from poet and writer Alice Lyons, to whom we owe thanks for her support for the work of the Society. Jessica’s appointment was announced by Yeats Society Sligo’s honorary president Ambassador Dan Mulhall, during its Poetry Day Ireland digital event on Thursday April 30th. Jessica’s guest reader to celebrate Poetry Day Ireland was Galway poet, Elaine Feeney, whose debut novel As You Were is much anticipated.
Jessica is an award-winning poet and writer. She has been the Hennessy New Irish writer of the Year, and the winner of the single poem competition at Listowel Writers’ Week in 2013. Her first collection Liffey Swim was published by Dedalus Press in 2015, followed by her second collection The Quick in 2018. She has written a number of essays and her plays have been published by Anu Productions. She works as a freelance dramaturg having previously worked as dramaturg and literary manager at Ireland’s national theatre, the Abbey Theatre. Jessica has also been deputy director of the independent museum, Epic, which tells the story of emigration from Ireland through the centuries.
Her most recent book, Correspondences is an anthology of writings from people in direct provision in Ireland and which she edited, alongside actor Stephen Rea. The book has gathered much acclaim for giving voice to visual artists, photographers and writers trapped in Ireland’s direct provision system.
Director of Yeats Society Sligo, Susan O’Keeffe welcomed Jessica to the role. “We are delighted that you accepted this appointment and we look forward to working with you, in the digital world as well as hopefully, with our members and audiences. We applaud your energy and generosity and look forward to continuing our celebration of contemporary Irish work with you.”
Jessica said: “My first poetic success came from a poem written while in Sligo, referencing ‘the sleeping giant’, whose prone form lies across the Sligo-Leitrim border. It feels poignant now, ten years later, to be returning to Sligo as Yeats Society Poet in Residence – if only in spirit, for the moment. But it feels heartening too, to have come full circle in this
way, and to be charged with the task of writing poetry in this strange moment. We turn to poetry in times of crisis, to channel language through deeper currents than we can navigate day to day. Yeats recognised this, and 100 year ago gifted us perhaps his most prescient poem, The Second Coming. It’s a poem I’ve been coming back to again for what it can teach us about destruction and survival.
I’m excited to have the opportunity to connect with Sligo writers and readers through the wonderful work that the Yeats Society does. It’s the beating heart of a wonderful poetry scene in the North West and I can’t wait to explore new opportunities to connect with this most lively and creative corner of the country.”