History of the Yeats Building 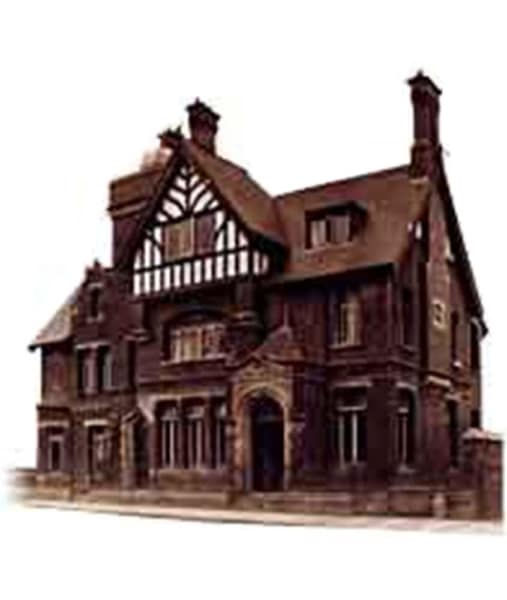 The home of Sligo Yeats Society is a building of outstanding historical and architectural interest in Sligo town. Designed in the Arts & Crafts style, and built in 1899, as a branch of the Belfast Banking Company, its non-classical architectural style is unusual for a bank.

Sligo at the end of the 19th century was a busy seaport and the only seaport between Derry and Galway. Known as “Little Belfast”, the town was connected to the prosperous Ulster linen trade and exported cattle, corn, butter and provisions. Imports included iron, timber, salt and West India produce. William Butler Yeats’ mother was Susan Pollexfen and her family owned and ran the Sligo Steam Navigation Company. It bought the first steam ships in Ireland and handled most of the trading activity in Sligo port. Business links with the Sligo Steam Navigation Company persuaded the Belfast Banking Company to establish a bank in the heart of Sligo, right beside Victoria Bridge. The name was changed to Hyde Bridge after Irish independence was declared.
Belfast Banking Company acquired the site from the newly formed Sligo Corporation in 1897 for the knockdown price of 20 pounds and it agreed to provide a sewer as part of the project, helping with the sanitation issue in the town.

The Bank chose Belfast architect Vincent Craig (1869-1925), one of the seven sons of James Craig, the famous whiskey distillers, to design the building. He was educated at Bath College and trained as an architect in Belfast with William Lynn. Craig was a follower of George Lister Sutcliffe, a noted Arts & Crafts architect and a pioneer of the Garden City suburbs that were to influence urban architecture throughout the world. The building was completed in 1899 by the Sligo builder Dennis McGlynn.

Arts & Crafts buildings emphasise traditional construction, asymmetry, craftsmanship and use of a wide variety of materials. These ideas can be seen throughout this building. The building is one of only three in Sligo town in this style, the others being the Masonic Lodge on the Mall, and Weston house on Union St.

The building is in English medieval revival style with elements of Oriental decorative features. It is designed on an asymmetrical plan, and is two-and-a-half storeys, constructed of red Belfast brick with stone details. After Ireland became independent, Belfast Banking Company withdrew from the new Irish Free State and it sold the business to the Royal Irish Bank whose name is still engraved on the building. It later became Allied Irish Banks (AIB) which generously agreed to provide the building on a long lease to the Yeats Society in 1973.

Arts & Crafts was an influential cultural movement of the late 19th century, inspired by the writings of the English polymath John Ruskin and designer William Morris. William Morris’s Red House built at Bexleyheath in London in 1860 is seen as the first example and archetype of the style.

The Yeats family was directly involved in and influenced by the Arts & Crafts movement. John Yeats had, with his son William, met Morris in Dublin when he spoke at the Contemporary Club. Later, William became a regular visitor at Morris’s Kelmscott house. Here, Susan Yeats studied the fine medieval embroidery technique known as “opus anglicanum” with William Morris’s daughter, May Morris from 1888 to 1894. Later, she taught this technique, but now inspired by Irish themes, at Dun Emer Industries in Dublin.

Both Yeats sisters, Susan and Elizabeth, were pioneers in the early Irish Arts & Crafts movement, engaged in textiles, bookbinding and printing. Their company was Cuala Press and based in Dublin.

This research was compiled and written by archaeologist Dylan Foley.