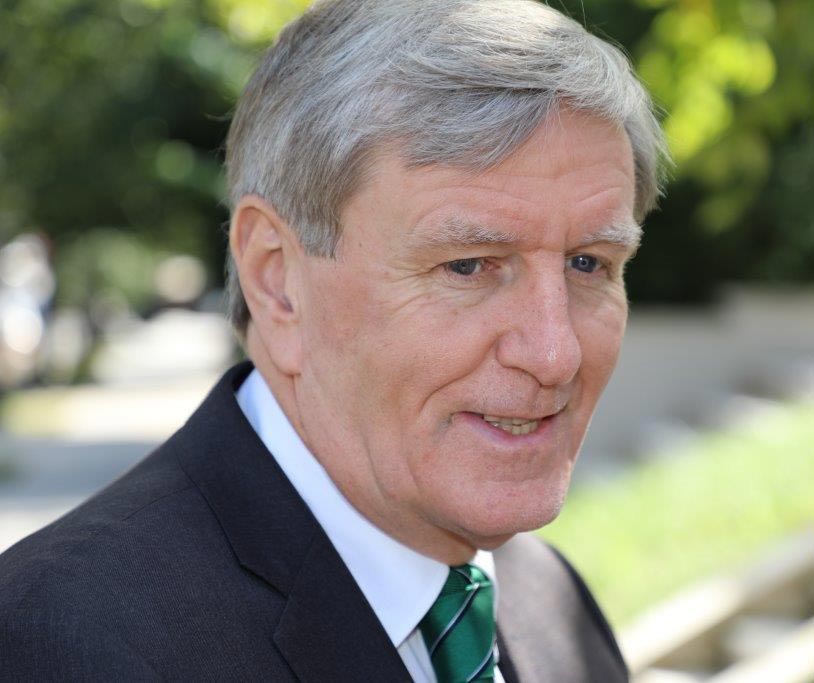 Daniel Mulhall
Ambassador of Ireland to the United States

It is a huge personal honour to be named as Honorary President of the Yeats Society. I have had a lifelong interest in Yeats’s work, right back to my schooldays in Waterford and the years I spent studying history and literature at University College Cork. I have maintained this enthusiasm for Yeats throughout my life as a representative of Ireland around the world.

In India during the 1980s and the other countries where I have served, I came across many people with a keen interest in Yeats. This brought home to me the extent to which Yeats’s work is a national treasure that helps enhance Ireland’s reputation around the world. I know that my colleagues at our Embassies draw heavily on Yeats in their work promoting Ireland through the medium of our literature.

Over the years, I have written and spoken frequently about Yeats around the world and have also had the pleasure of speaking on three occasions at the Yeats Summer School, most recently in August of this year. I want to extend my warmest thanks to the Yeats Society for the enormous honour they have bestowed on me.”

Ambassador of Ireland to the United States

Daniel Mulhall was born and brought up in Waterford. He pursued his graduate and post-graduate studies at University College Cork where he specialised in modern Irish history and literature. He took up duty as Ireland’s 18th Ambassador to the United States in August 2017.

He has spent his professional life with the Department of Foreign Affairs which he joined in 1978 and has had a range of diplomatic assignments, latterly as Ambassador to Malaysia (2001-2005), Germany (2009-2013) and the United Kingdom (2013-2017). During his diplomatic career, he has also held a number of positions in Dublin, including as a member of the Secretariat of the Forum for Peace and Reconciliation (1994-95) and as Director-General for European Affairs at the Department of Foreign Affairs (2005-2009).

Ambassador Mulhall maintains a keen interest in Irish history and literature. During his various diplomatic assignments, he has lectured and written frequently about Irish literature and history, including the life and work of W.B. Yeats. In 2015, for the 150th anniversary of Yeats’s birth he spoke about Yeats all over Britain, including at the Oxford Literary Festival, the Newbury Festival and the Edinburgh Book Festival. He is the author of A New Day Dawning: a Portrait of Ireland in 1900 (Cork, 1999) and co-editor of The Shaping of Modern Ireland: A Centenary Assessment (Dublin, 2016).

A keen advocate of public diplomacy, Ambassador Mulhall makes regular use of social media in order to promote all things Irish and to engage with Irish people and those of Irish descent around the world. He provides frequent updates on his Twitter account @DanMulhall, including daily Irish poetry tweets, and posts regular blogs on the Embassy’s website.