Yeats Society Sligo has an independent board, comprised of eight people who live and work locally and who give of their time on a voluntary basis. Collectively, they bring a variety of business, marketing, educational, entrepreneurial, financial and creatives skills to the business. 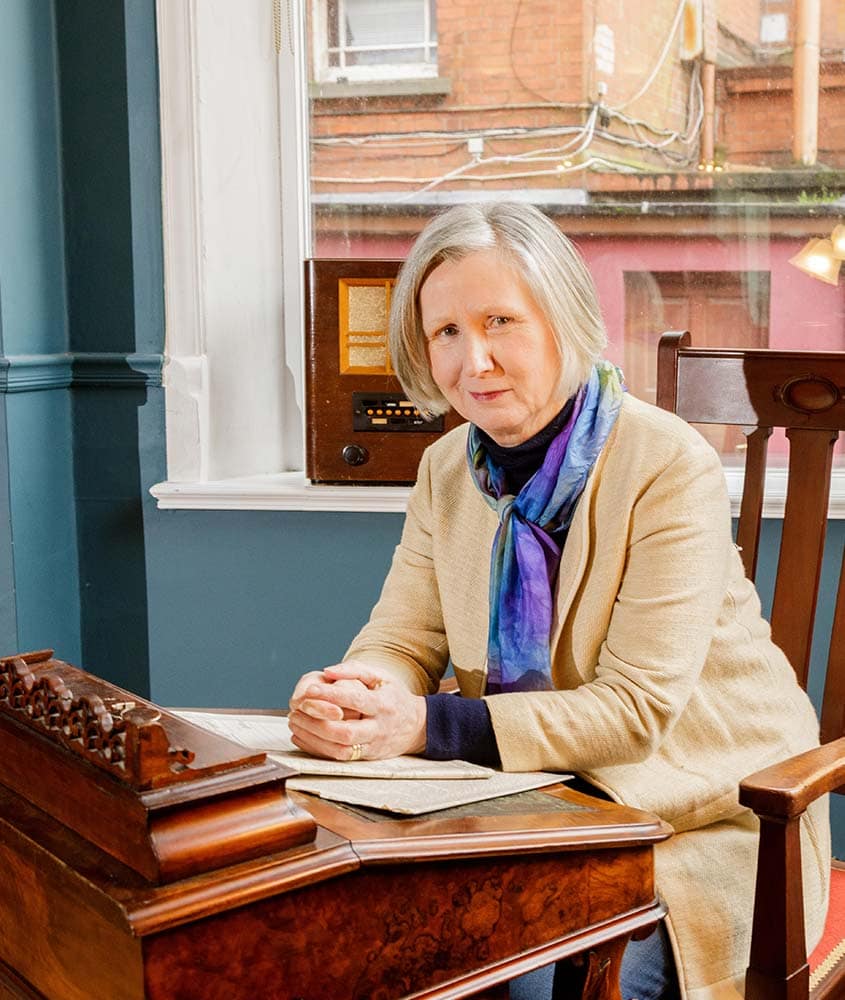 Board Members of Yeats Society Sligo Chris Gonley (Chair of Yeats Society Sligo)
Chris is the CEO of Sligo LEADER Partnership and has worked with Sligo LEADER since 2001. Over that period LEADER has delivered over €20 million in grant support to businesses and communities in County Sligo. The company also operates the largest labour market activation programmes on behalf of the Department of Social Protection, with over 330 individuals employed in the county to support community organisations. Sligo LEADER has been involved with the Yeats Society since LEADER’s foundation. Chris is a member of Sligo County Council’s Local Community Development Committee, on the Board of Sligo Tourism and Sligo Live and a committee member of Calry Drama.

Lorraine McDonnell (Secretary)
Lorraine is the General Manager  of The Sligo Champion. Formerly, she managed the Enterprise Europe Network at Sligo Chamber.

Brendan McCormack
Brendan is the President of IT Sligo and has worked at IT Sligo for almost 20 years, including as registrar, head of school of Engineering and head of Academic Affairs. He is an engineer by profession and has a lifelong interest in the arts.

John Nugent
John is the IDA Ireland Business Development Manager, border region. He has worked with the IDA since 2002. Before that, he worked with Enterprise Ireland. He originally qualified as a chemist, with a masters in environmental chemistry. He recently graduated from Smurfit Business School with a Masters in Management.

Nuala Clarke
Nuala is a visual artist. A graduate of NCAD and has exhibited in many countries including France, US and Spain. She has worked between Ireland and New York for the past two decades. She also lectures and hosts workshops. Her Yeats-inspired show To Tremble into Stillness, was exhibited at Hamilton Gallery, Sligo.

Malcolm Hamilton
Malcom is a co-founder and director of Blue Raincoat Theatre Company and The Factory Performance Space. Malcolm has authored eight plays for the company as writer in residence. He is a founding member of the steering committee that established The Model Arts Centre and was a director of the Sligo Arts Festival for six years in the 1980s. With Martina Hamilton he is a director of Hamilton Gallery and The Cat and The Moon in Sligo.

Ciarán Byrne
Ciarán is a director at StoryLab. He worked in journalism for 20 years until he came to Sligo to set up StoryLab. It specialises in storytelling, PR, content creation and digital media management. He started as a reporter at The Times in London, became deputy news editor at The Observer and then news editor of the Sunday Independent and Associate Editor of the Irish Independent.

Tara Rodgers
Tara is the Head of Bank of Ireland, Sligo. Tara has leadership responsibility for generating and promoting economic activity in Sligo across enterprise,community and branch banking. With 27 years experience Tara is leading an experienced team across the three branches in Co Sligo for both business and personal customers.

Susan O’Keeffe
Susan is an award-winning journalist, TV producer and director with RTE, BBC and Granada TV, commentator and opinion writer. She is a former senator, member of the Constitutional Convention, member of the Banking Inquiry committee and spokesperson on the Arts in Seanad Eireann. She is the founder and chair of Yeats Day and the founder and former chair of the year-long national and international celebration of WB Yeats 150th birthday – Yeats2015. She is director of Yeats Society Sligo.

Yeats Society Sligo is a Company Limited by Guarantee and a registered charity.